The debut album from Elaine Mai out now

Sign up to Elaine Mai's newsletter to be the first to know about upcoming gigs, new releases and projects. Named ‘a vital Irish artist’ by Clash magazine, this producer and song-writer has been releasing music as Elaine Mai since 2011. 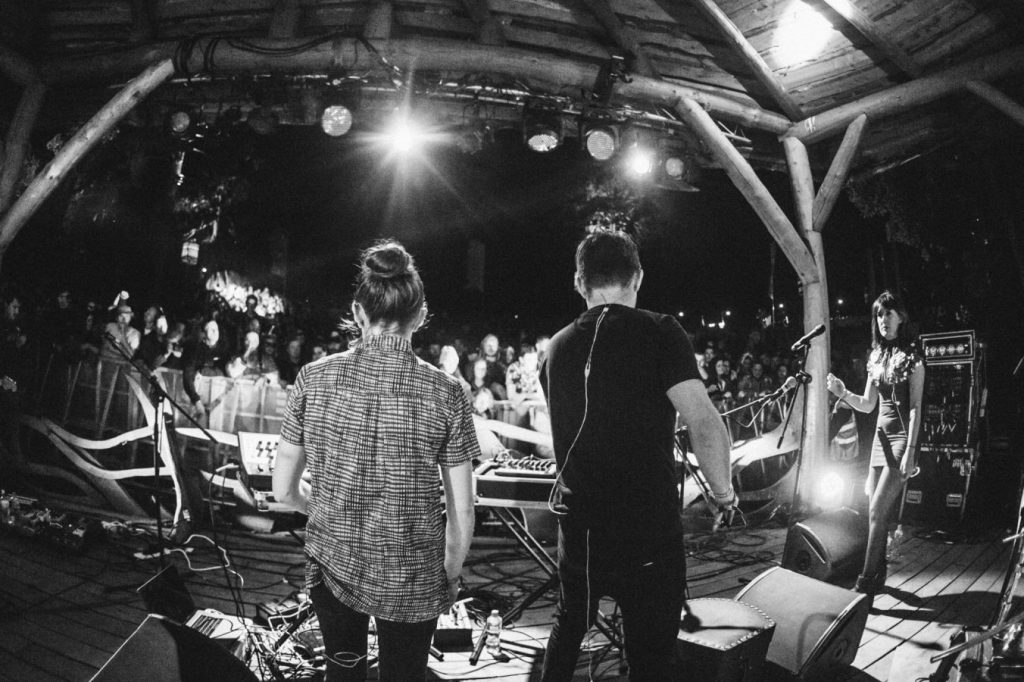 Mai is an avid collaborator, having worked with and remixed tracks for leading artists including Loah, Pillow Queens, Soulé, Sorcha Richardson, Daithí and MayKay.

Dubbed ‘snappy, intoxicating and beautifully unique’ by The Thin Air, Mai’s distinctive vocal style can be heard on Somewhere Else and Love System by Le Galaxie.

Elaine Mai is no stranger to success. Having twice topped the Irish Radio Breakers Chart (‘Butterflies’ with Soulé and Sorcha Richardson in 2019; ‘Nothing [Elaine Mai Remix]’ by Loah in 2018), and having her remix of Chris Isaak’s ‘Wicked Game’ voted ‘Best Tune’ at Electric Picnic 2017 by The Irish Times, the Dublin-based Mayo native has steadily been honing and developing her sound as both an artist and producer.

Elaine was also a featured singer on the No.1 single ‘Dreams’, the cover of The Cranberries’ hit by Irish Women in Harmony, which took Ireland by storm in 2020 and raised over €250,000 for anti-domestic violence charity SAFE Ireland.

Elaine Mai has played live at festivals including Longitude, Body & Soul, and Electric Picnic, as well as in the UK and Europe. She has opened shows for leading international and Irish acts including Ray Davies, Emile Sandé, James Vincent McMorrow, Marina and the Diamonds, and Hozier.

On Friday 29th January 2021, Elaine Mai released the single ‘No Forever’ – the first to be taken from her debut album, ‘Home’ which was released in October 2021.

No Forever features the inimitable vocals of MayKay – familiar to many a host of Other Voices and former member of cult Irish bands Le Galaxie and Fight Like Apes. What’s more, the video for ‘No Forever’ was directed by Ruth Medjber – a directorial debut for the renowned music photographer.

Elaine released two more singles before the release of her debut album Home in October 2021, Still feel (feat. Ailbhe Reddy) and Go Slow (feat. Sinéad White). The album release was followed by the release of Waiting to Breathe (feat. Loah)

Home is a creative electronic work that has found many fans, with The Irish Independent charting ‘No Forever’ as one of their Top 10 singles of the year and multiple glowing press reviews.

Nick Halkes is famed for signing the Prodigy and co-founding XL Records before taking up a director position at EMI and launching the Positiva label which enjoyed great success under his leadership.

In January Home received two nominations for the prestigious RTE Choice Music Prize for album of the year and song of the year for Home and No Forever (feat. MayKay) respectively.

The music of Elaine Mai is rich with lived-in experience. ‘Home’ represents a patiently beautiful, immediately rewarding celebration of this rising electronic artist.